Taeyoon Choi presented a participatory activity during the opening remarks and a workshop at the Decentralized Web Summit. For the participatory activity, Choi directed roughly 200 participants to cooperate and create three types of networks: centralized, decentralized and distributed. Each participants became a node or network. They collaborated to resolve new challenges on each iterations. For example, participants were asked to communicate without speaking and move their bodies with their eyes closed, using only the strings to communicate with others and have a sense of place. The activity was designed to open up room for humorous improvisation and joyful play, and an opportunity to take agency on becoming the networks we want. 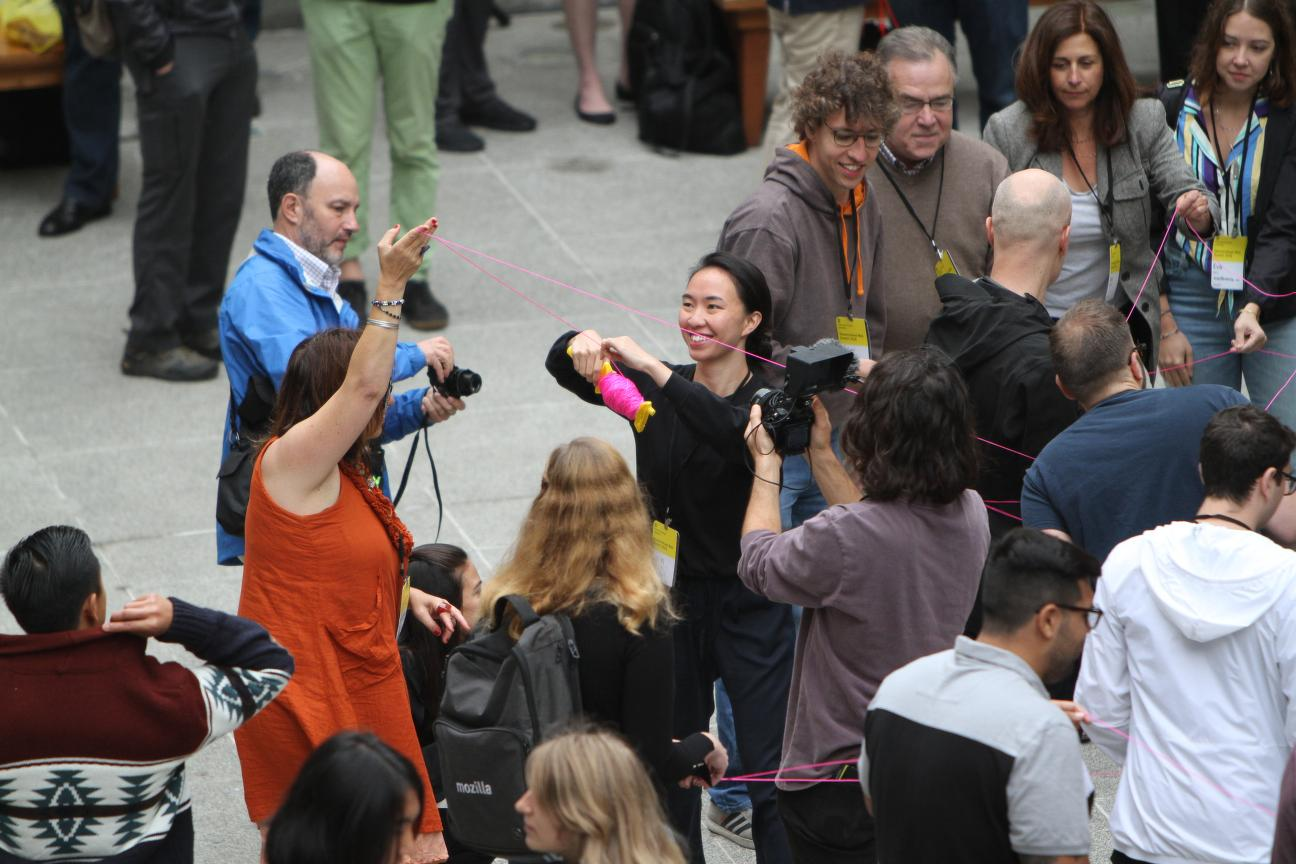 In the workshop, Choi spoke to about 15 participants, mostly local educators and organizers from the Bay Area. He introduced his ongoing work at the School for Poetic Computation, where they explore creative coding, hacking and DIY approach to technology as an artistic medium. Choi focused on a new research titled Distributed Web of Care which can be found on dat://4e0ec640e4628759be33b66b4fd354a799228baf27591dbbaa899357e09d26ef 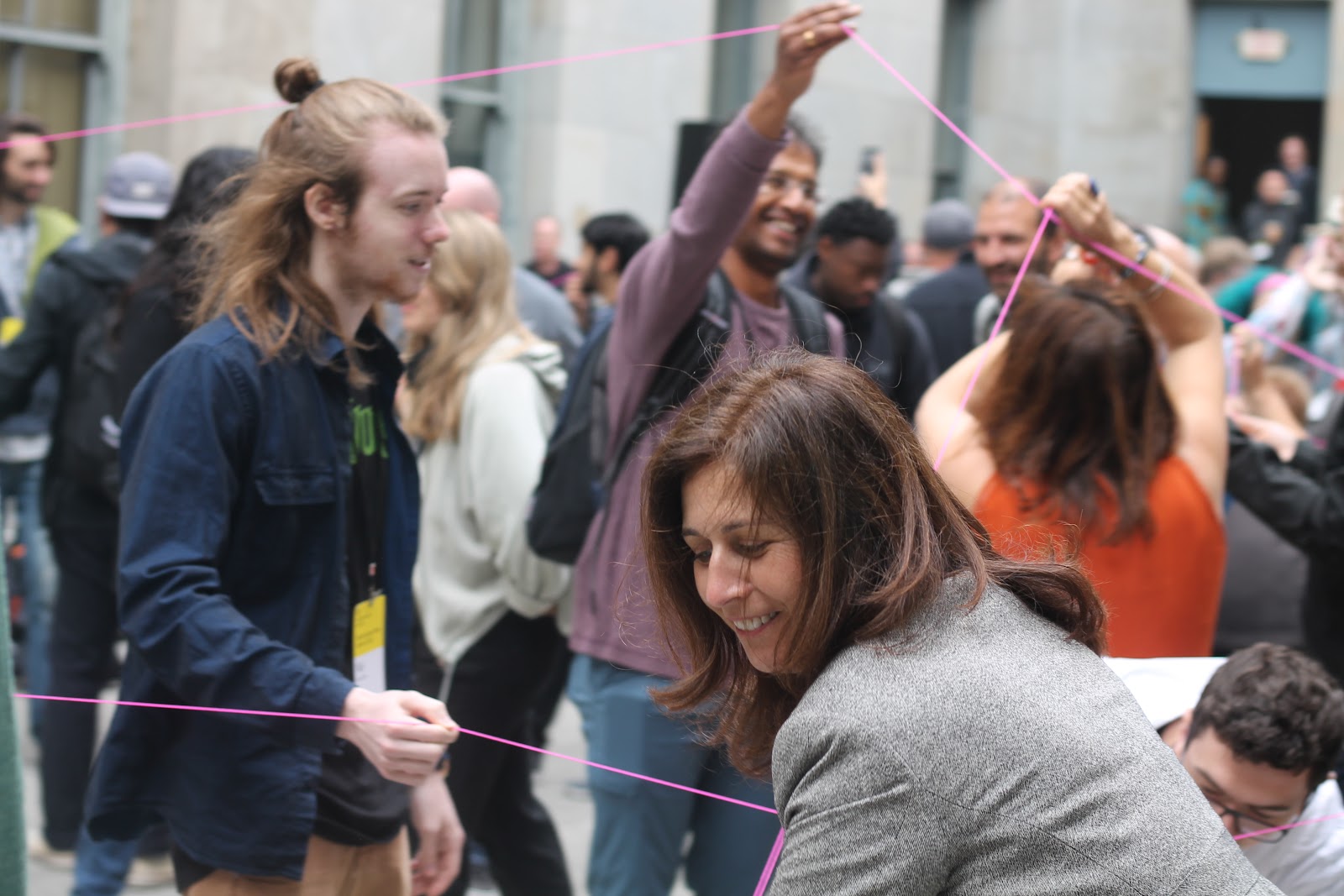 Choi explores the distributed web as new commons that’s neither explicitly private or public space. It can be a new type of commons built on mutual respect for privacy, openness, and trust. He works with a group of fellow artists and engineers to host events and develop technology. They are focusing on care instead of control. Care is a soft sense of responsibility and accountability. Without care, everything becomes code. Groups can write code of conduct, but until it’s executed and implemented into use, it’s still just code and abstract symbols. With Distributed Web of Care, Choi challenges the frontierism of the Tech industry, it’s imperialist ambitions, insensitivity and erasure. To create an alternative to the technocratic vision of the world, he invites collaborators with diverse perspectives on race, gender, disability and access to imagine the kinds of web we desire. In the summer of 2018, they lead four skillshares and a large scale party in a safe space that respects code of conduct and celebrates inclusivity. These provocations lead to imagining Non-binary futures. If we notice the parallels between Binary (Zero and One), Digital (On and Off), Dialectical (True and False), the binary future is essentially a computable future. If the binary future is that of bright light, shiny with glossy possibilities, the non-binary futures maybe that of darkness. The darkness is not from pessimism or negativity. Instead, it’s the darkness inside of the forest, potentialities of the dark matter, the darkness of the indescribable, ultimately undefinable and uncomputable future. This unknowable future welcomes the people who don’t fit in the binary identity of the normal, disabled, queer, and the otherness. Non-binary futures are not limited to the Cartesian coordinates. Instead, they have multiple interlocking knots of encounters. In this space, we can find the sense of commons and common sense. 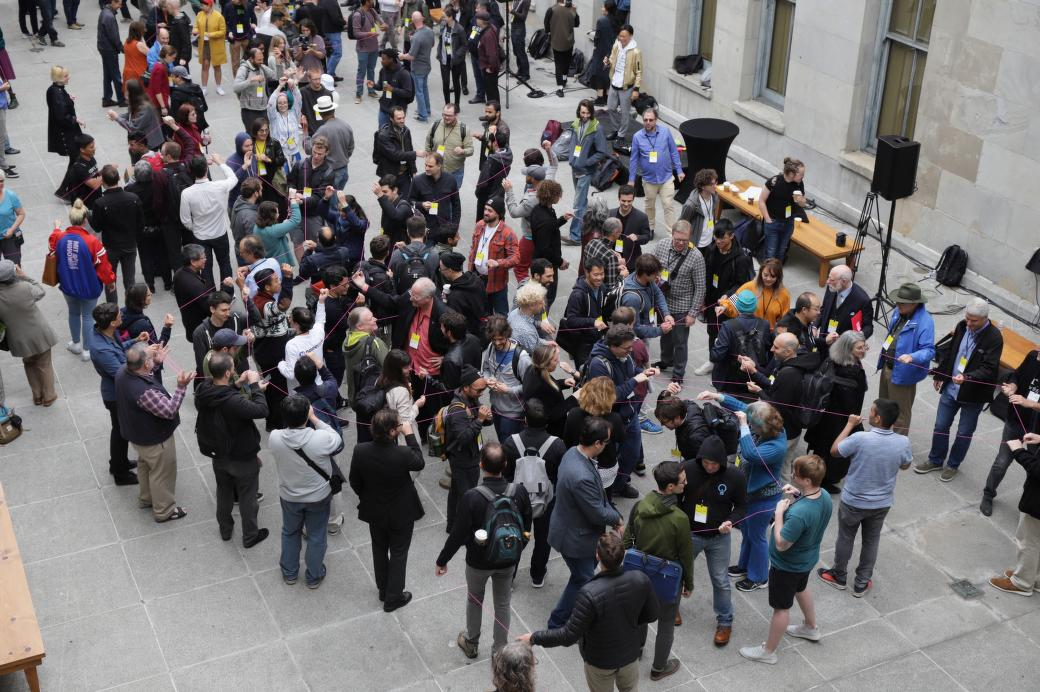 Special thanks for Lai Yi Ohlsen and Danielle Robinson for helping with the activity, Cori Kresge for collaborating on an earlier version of the activity for the Uncomputable and the Distributed Web of Care fellows and artists-in-residence.

Related videos from the summit 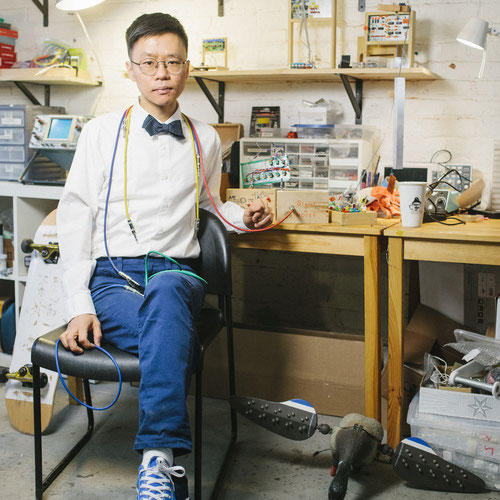 Taeyoon Choi is an artist, educator, and activist based in New York and Seoul. His art practice involves performance, electronics, drawings, and installations that form the basis for storytelling in public spaces. He has published artists’ books, including ‘Urban Programming 101’ and ‘Anti-Manifesto.’ Choi’s solo exhibitions include Speakers Corners, Eyebeam Art and Technology Center, New York (2012); My friends, there is no friend, Spanien 19C, Aarhus (2011); and When Technology Fails, Reality Reveals, Art Space Hue, Seoul (2007). His projects were presented at the Shanghai Biennale, Shanghai (2012) and Whitney Museum of American Art, New York (2015). Choi was an artist in residence at the Lower Manhattan Cultural Council’s Workspace, New York (2014), The Frank-Ratchye Studio for Creative Inquiry at Carnegie Mellon University, Pittsburgh (2014) and at Art Center Nabi, Seoul (2006). He received commissions from Art +Technology Lab, Los Angeles County Museum of Art, LA (2014) and SeMA Biennale Mediacity Seoul (2016). He curated Resistance and Resilience at Usdan Gallery, Bennington College, Vermont (2012) and directed Making Lab at Anyang Public Art Project, Anyang (2013). Choi holds a B.F.A. from the School of the Art Institute of Chicago and a M.S. from the Korea Advanced Institute of Science and Technology. He teaches at the Interactive Telecommunications Program in the Tisch School of the Arts, New York University. Choi co-founded the School for Poetic Computation where he continues to organize sessions and teach classes on electronics, drawings, and social practice. Recently, he’s been focusing on unlearning the wall of disability and normalcy, and enhancing accessibility and inclusion within art and technology.